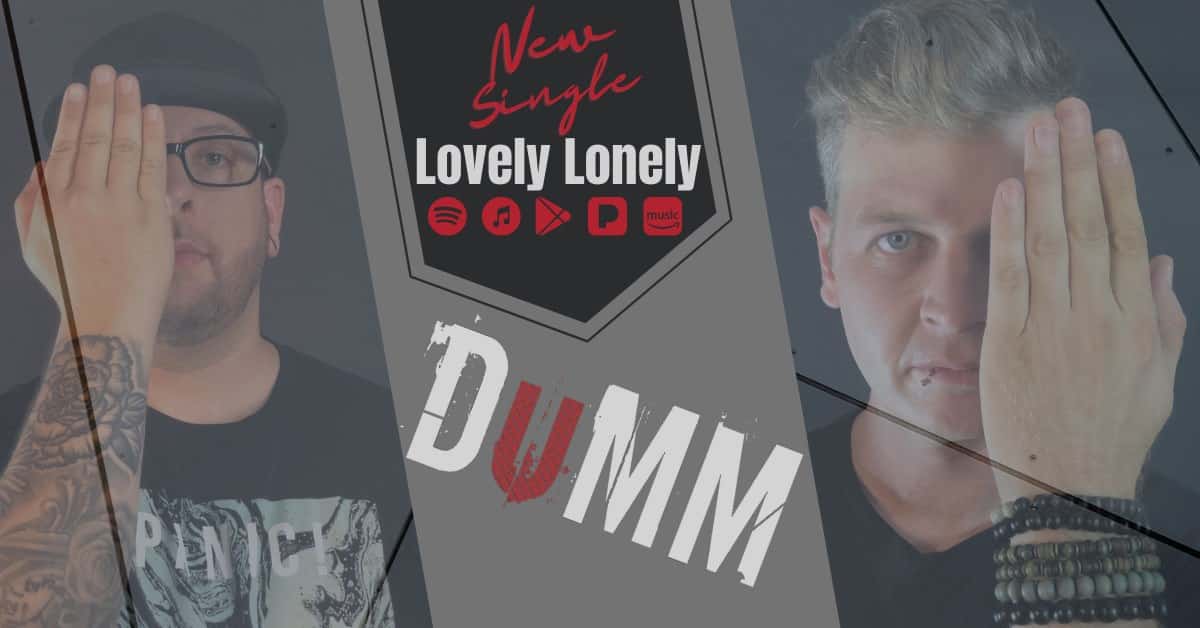 When asked to describe the sound of his new project “Dumm”, founder and frontman Jason Dumm uttered in his whiskey and cigarettes glottal growl “Rock. Modern rock, indie, alternative, mysterious, and abstract”.

Formed in late 2015, Dumm is comprised of band members Jason Dumm on lead vocals,  and Brandon Deamer on drums.

With a punk character and a Hollywood attitude Dumm loves hitting the stage and hauling ass. Hailing from Central Pennsylvania, this foursome is rapidly growing their fanbase thanks to a killer live performance, popular YouTube cover videos, and a provocative stage presence.

With collective musical involvement reaching back through numerous bands and genres, Dumm’s experience is evident in their music. Jason himself has a background in bluegrass, with his father being a seasoned rhythm guitarist and his mother being an accomplished singer. Dumm has been behind every instrument on stage and started out as a drummer at the age four. Cutting his teeth throughout the years in bands such as Mia Mafia, Bits & Pieces, Honkytonk Highway, Voodoo Bullet, and most recently as Gas Station Disco’s charismatic frontman, Jason hand-picked the members for this new project with clear goals in mind.

With everyone finally in place for his ideal band lineup, Jason says “Roll your leg over, cause this shit’s about to get sexy.”

The event is finished.